Welsh shanties will cross the Atlantic once again, thanks to £63,000 Arts and Humanities Research Council grant

A new project to incorporate a pivotal collection – which includes 50 shanties and forebitters of the South Wales tall-ship sailors, thought to be long-lost for 50 years – into the world’s largest online searchable database of folk songs and music has been announced. 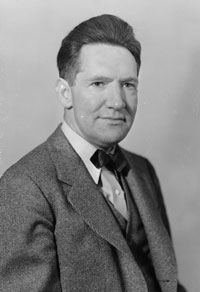 The digitised collection of James Madison Carpenter, which has previously only been accessible by visiting the Library of Congress in Washington, DC, will be added to the Vaughan Williams Memorial Library Digital Archive, thanks to a grant of more than £63,000 from the Arts and Humanities Research Council (AHRC) Follow-on Funding Scheme.

Carpenter, who was born in Blacklands, near Booneville in the state of Mississippi in 1888, spent most of his life as an American university lecturer. However, he began his collecting activities while conducting research on sea shanties in the northeast United States (1927-28) and England, Ireland, Wales, and Scotland in 1928 for his doctoral dissertation at Harvard University. This year of fieldwork extended into six more as Carpenter travelled throughout Britain as a Harvard Fellow, driving himself in a small open-top Austin Seven Roadster. He covered 40,000 miles and recorded the texts and tunes of thousands of ballads and folksongs as well as hundreds of folk plays; he recorded them with an six-volt battery-operated Dictaphone cylinder machine. As well as more than 2,000 items of traditional song and 300 folk plays, the Collection contains some items of traditional instrumental music, dance, custom, narrative and children’s folklore.

Mick Tems, who wrote and performed the presentation Trade Winds, based upon the Carpenter Collection of South Wales Shanties, and who instigated and recorded the 1994 Sain Trade Winds album, said: “This is fantastic news. I first became aware of James Madison Carpenter through a project and a production I was researching and writing, about Carpenter’s 1930s recordings of the South Wales shantymen and tall-ship sailors. The instigator was Rees Baldwin, who lived at 13, George Street, Barry and who later became mayor of Barry. One sailor sang 22 shanties, and his name was William Fender of Sydenham Street, Barry, later renamed as Coronation Street. The other sailors included Richard Warner of Cardiff, who first went to sea aboard the Oxford in 1877, Hebron George Mathias and James Garricy.”

Mick first contacted Edna Robinson, who lived in Barry and who was Rees Baldwin’s daughter, and Edna’s son, Jeffery Robinson, a university lecturer who was passionately interested in his grandfather’s life. He traced Rees Baldwin’s family, including Alistair and Angela Duthie, postmasters in the village of Wick, along the Glamorgan coast.

Carpenter recorded more than 50 shanties from the South Wales seamen, but they lay undiscovered for 50 years. However, a chain of incredible coincidences led to their eventual preservation and publication by the American Folklife Center. On Calennig’s first concert tour of the USA, Mick interviewed Professor Kenneth Goldstein, head of the folk life department in the University of Pennsylvania in Philadelphia, who was investigating the Gavin Greig trail of Scottish traveller folk song. Traditional singer and Aberdeenshire traveller Bell Duncan told Dr Goldstein of this strange American called Dr Carpenter, who passed that way 40 years before; she had given him 300 songs and ballads, 300 songs and ballads, of which 62 ballads were previously collected by Child. Carpenter described Bell as ”The greatest ballad singer of all time.” 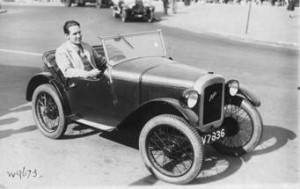 On Calennig’s many trips to Washington, DC, Mick contacted Alan Jabbour, old-time fiddler and director of the American Folklife Center  of the Library of Congress. Alan told Mick that, in the 1970s, he was examining some old letters to folk song collector Alan Lomax from Carpenter, telling him of a massive collection of shanties, folk songs and mummers’ plays. Alan traced Carpenter to Booneville, Mississippi, where he was astounded to find Carpenter still alive and living in “genteel poverty”. By now, Carpenter was ready to sell his collection, which Alan bought for the Library of Congress.

Alan unfortunately passed away in January this year. Carpenter remained in Booneville until his death on July 4, 1984. He never married and left no children. He was also practically unknown in his chosen field of folksong and folklore studies, and no obituaries appeared in any of the relevant scholarly journals in Britain or in America.

The digitised project is being delivered by the Elphinstone Institute, the centre for the study of Ethnology, Folklore, and Ethnomusicology at the University of Aberdeen, in partnership with the English Folk Dance and Song Society, which runs the Vaughan Williams Memorial Library and Archive (VWML) at Cecil Sharp House in London. A new learning resource for teachers will be created for the online EFDSS Resource Bank using a selection of material from the collection. EFDSS will also deliver a series of creative learning projects with young people, adults, and in schools to introduce the collection to a new audience. The project will culminate in a celebration concert at Cecil Sharp House in March 2018 featuring material from the Carpenter Collection.

Laura Smyth, Director of the VWML, said: “The Carpenter Collection will be a fantastic addition to our digital archive with collected materials from the early 1930s – a period with little activity from English-based collectors. “It also features a large number of audio recordings, allowing us to get even closer to the original performances.”